It was perfection! The costumes, the choreography, the dancers, the MUSIC. Filled my hear with ultimate joy. My previous post on Cinderella (2015) AND this year’s performance by Ballet Manila, has made Cinderella my ultimate favorite princess. This was Ballet Manila’s first take on the production, with original choreography from no other than Lisa Macuja-Elizade (she also played the Fairy Godmother!) Click here for behind the scenes!

I brought along my mom and dad for the first time, and they LOVED it! My brother also enjoyed the detailed set designs, pointing out the moving hand on the clock about to stroke midnight! This production is by far my favorite, and I am so proud of Ballet Manila. They bring the best of ballet to Filipinos! 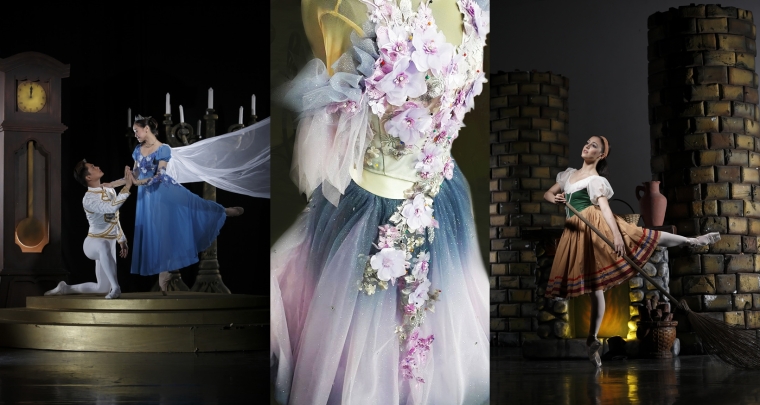 I had a Cinderella inspired outfit. Basically, I realized I had a dress that matched the Cinderella shade. Added pearls and a black ribbon and my favorite black coat.

Have a look at my video of the show:

There’s been a hype now with Disney’s live-action remakes. With the upcoming Beauty and the Beast, which happens to be my dad’s favorite Disney movie, I have to write about another Disney classic which was made into a live-action film just last year. I had my doubts about the new take on Cinderella, but I was surprised that they kept the romantic fantasy alive. Recent movies carry a theme on topics such as sisterhood (Frozen), feminism (Tangled), and growing up (Toy Story 3). So, it was nice to have a film that was back in touch with Disney’s Once Upon a Time.

The fashion is the best part of Cinderella. Throughout the entire film I could not help but burst with excitement. Seriously, every piece Cate Blanchette wore, along with all the corsets and the silk fabrics…

The costumes were designed by Sandy Powell, and she executed the designs with the idea of  “a nineteenth-century period film made in the 1940s or ’50s,” (Click here to for more on Sandy Powell)

Here are some of my favorites from the film:

Joan Crawford in Mildred Pierce played an inspiration to the designs of the stepmother. 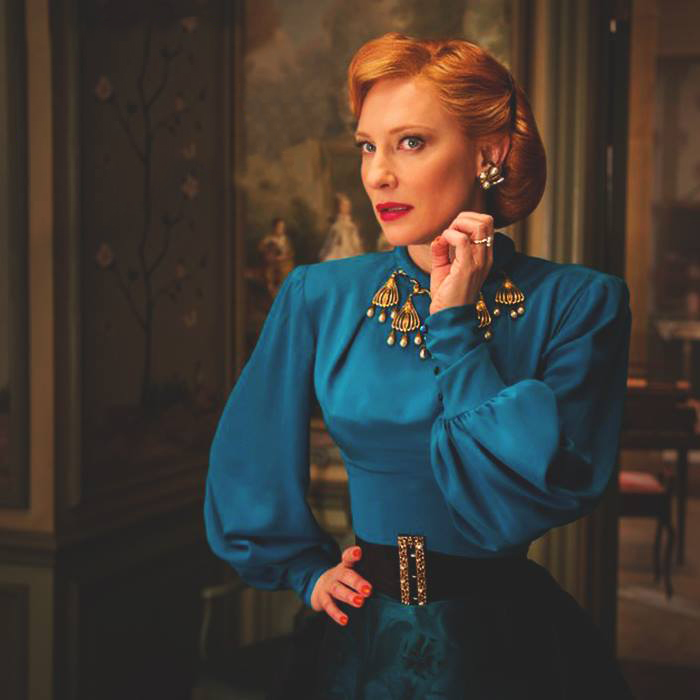 Something similar is Jean Harlow in her negligee. 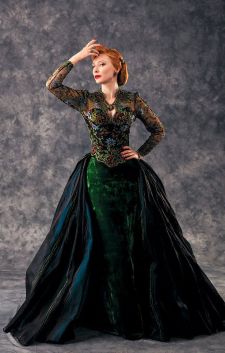 Comparing Lady Tremaine’s wardrobe to the structure of the design by Charles James c.1950

I loved Cinderella’s dress, the colors were so pretty. The ruffled off-shoulder cut reminded me of this design by Balenciaga from 1952.

Lily James is Cinderella, Holliday Grainger is Anastasia and Sophie McShera is Drisella in Disney’s live-action feature inspired by the classic fairy tale, CINDERELLA, which brings to life the timeless images from Disney’s 1950 animated masterpiece as fully-realized characters in a visually dazzling spectacle for a whole new generation.

You can’t forget the step sisters….I loved how their style represented their personalities. Over the top, loud and attention seeking. The ruffles, corsets and use of the wired petticoat isn’t quite mid-century fashion. Rather it’s more of the modern day goth. 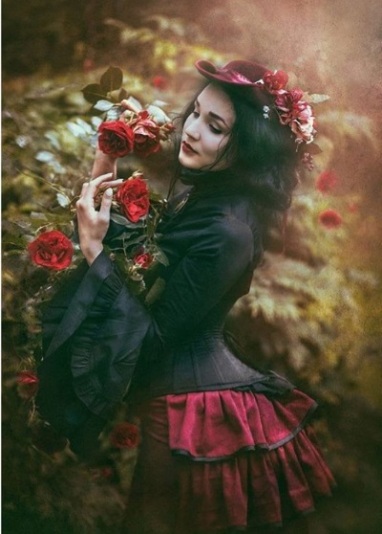 Again, with a more 19th century cross modern-day goth, the Fairy Godmother’s dress is just as dreamy as Cinderella’s. And it’s Helena Bonham Carter who is the queen of corsets and lace. 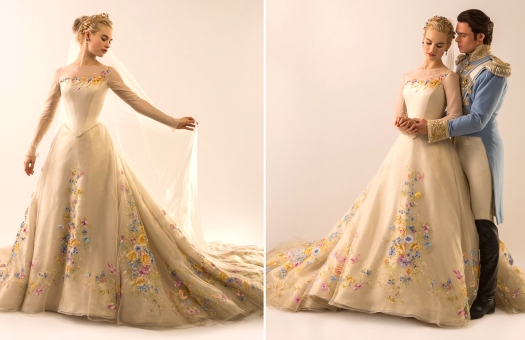 Lastly, the wedding gown. I have no words.

Which of the Cinderella characters are your favorite?